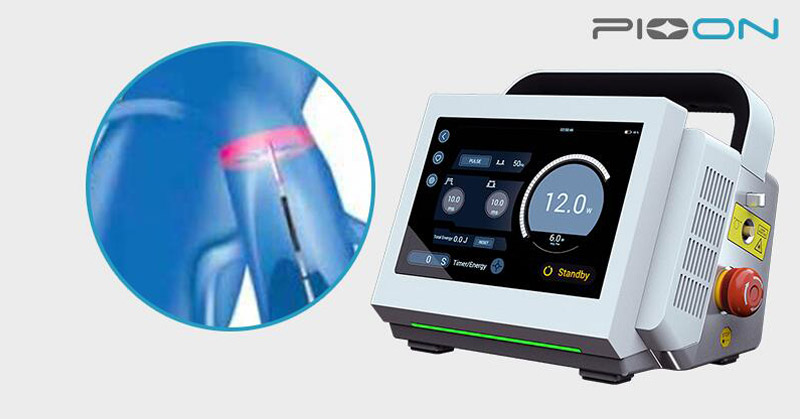 Lower Limb Varicose Veins are common and frequently occurring diseases in vascular surgery. Early performance for limb acid distension discomfort, shallow vein tortuous group, with the progress of the disease, can appear skin pruritus, pigmentation, desquamation, lipid sclerosis and even ulcer. The treatment methods of varicose veins of lower limbs include lifestyle change, drug therapy, pressure hose therapy, high ligation and saphenous vein stripping, sclerotherapy and so on. Traditional surgery has been going on for more than 100 years.

The American Society for Vascular Surgery and the American Venous Forum guidelines for the Treatment of Varicose Veins of the Lower Extremity and Chronic Venous Diseases include endovenous laser ablation (ELVA) and radiofrequency ablation (RFA) as Class IB recommendations. Studies have shown that 1470nm laser with radial fiber has fewer complications and perforation compared with traditional ablation or common laser surgery. It is an effective method for the treatment of varicose veins of the lower extremities and one of the most ideal intraoperative methods for one-stage intravenous perforation. Compared with point laser, the ring laser output fiber can make the laser energy evenly distributed along the 360° blood vessel wall, the energy used is lower, the perforation rate is reduced, and there is no carbonization of the blood vessel wall. The absorption rate of water and hemoglobin with 1470nm wavelength is significantly higher than that of an ordinary laser, and the energy directly acts on the vascular wall, which can completely and uniformly close the blood vessels. Overall, 1470nm laser with radial fiber  therapy for lower extremity varicose veins has significant advantages:

2) Thicker trunk than radiofrequency ablation can be performed;

It is worth noting that the PIOON S1 Pro 1470nm diode laser has a simple and compact design, The newly upgraded heat dissipation and refrigeration system greatly improves the energy conversion efficiency of the laser and keeps the operating temperature stable. In combination with the radial fiber with 360° emitting light, the laser energy is directly applied to the blood vessel wall. Ecchymosis and pain and other side effects were significantly reduced, more conducive to minimally invasive surgery.