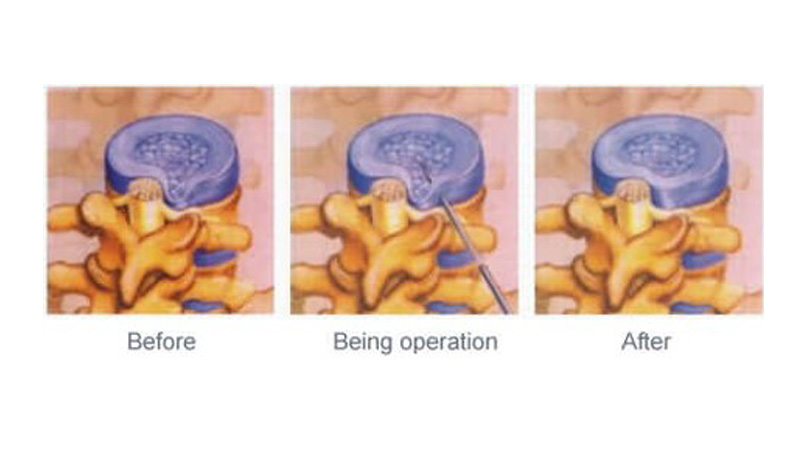 Percutaneous laser disc decompression (PLDD) is a procedure in which a surgical fiber probe is inserted into the disc space and the laser energy emitted by the fiber is applied to vaporize and ablate the nucleus pulposus to achieve decompression and neuromodulation and thus pain relief. It is a minimally invasive surgery with significant clinical advantages and falls under the category of percutaneous intervertebral surgery.

Understanding PLDD starts with understanding herniated discs. There are a total of 23 intervertebral discs distributed in the human spine, each consisting of a surrounding fibrous ring and a nucleus pulposus inside, like a balloon, which is very elastic. When the spine bends, the discs are compressed and share the pressure on the spine. As age grows and the spine becomes overstretched (engaged in physical labor), the elasticity of the discs decreases and difficult for them to contract automatically after being compressed, eventually forming a disc herniation and compressing the spinal nerves, causing pain in the spine and extremities. In this case, the process of ablating (vaporizing) part of the nucleus pulposus of the diseased disc by laser energy (usually 980nm laser), so that the contents of the individual disc become less and more easily contracted autonomously, is called PLDD. 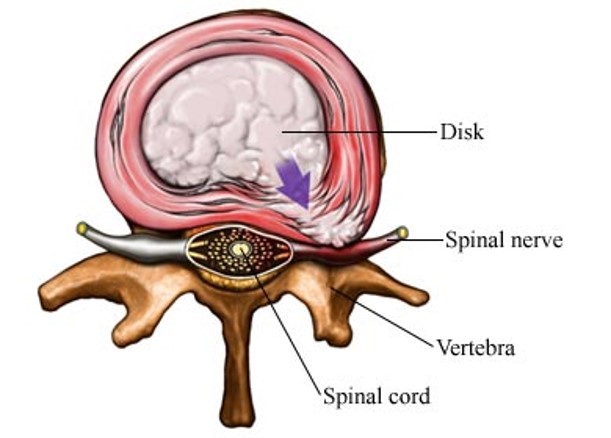 1.Preoperatively, the diseased disc is accurately determined by MRI imaging and analyzed for suitability for PLDD surgery.

2.Under local anesthesia, a skin puncture is performed at a suitable location in the lumbar region, and the fiber optic is aimed at the diseased disc under ultrasound guidance.

3.Introduction of laser energy into the nuclear pulposus percutaneously via a spinal needle and laser fiber.

4.Reduced the volume and pressure of a diseased disc without damaging other spinal structure.

The core of the procedure lies in the precise determination and localization of the ultrasound image, which, in conjunction with the point-like controlled energy from medical laser, allows the procedure to be performed through only a small skin incision and requires only local anesthesia. The laser's action is precise and controlled, and under proper handling the damage to the surrounding tissues can be perfectly controlled, resulting in minimal side effects, short recovery time, and long-term non-recurrence.