Introduction- An excessive display of gingiva resulting from a high lip line and abnormal gingival overgrowth often complicates treatment planning and can compromise the final esthetic result. Gingival morphology is being considered as an important factor in smile designing. One significant feature of gingival morphology is the gingival line, which is defined as the line joining the tangents of the gingival zeniths of the central incisor and canine. The gingival zenith is the most apical aspect of free gingival margin. With the current emphasis on cosmetic concerns and esthetics in dentistry, lasers are increasingly being used to accomplish esthetic treatment goals.

Etiology- It may be due to altered passive eruption of teeth, dentoalveolar extrusion, short or hyperactive lip muscles, short clinical crown, extensive subgingival caries, and subgingival tooth fractures at dentogingival junction. Treatment is performed to improve the dental esthetic by increasing the clinical crown height, thus it restores the normal dentogingival relationships.

Treatment modality-.Gingivoplasty is a procedure reshaping the gingival tissue around the teeth. It is not a very traumatic or invasive procedure and often results in healthy, natural looking gums. It can be performed by periodontal knife/scalpel/rotary coarse diamond burs/electrosurgery etc. Moreover these techniques are prone to side effects and complications like surgical trauma, postoperative pain, swelling, bleeding after excision, poor patient acceptance and coronal migration of the soft tissue margins is also seen during healing which makes it difficult for recording the finish lines after the tooth preparation.

After evolution of LASERS, conventional techniques are replaced by LASER Gingivoplasty. PIOON Laser offers different wavelengths like 450nm/810nm or 980nm. Out of which 450nm can used in non-contact/contact mode whereas 810nm and 980nm are used in contact mode in order to perform gingivoplasty. The most preferred among them is 450nm wavelength.

In the present case, the smile analysis revealed irregular gingival contour and midline diastema. Initially, it was observed that the tooth axis and the gingival zenith contours were not satisfactory. Prior to the diastema closure it is important to normalize the gingival zenith. Firstly Assessment of Biological width was done by probing to the bone level (referred to as "sounding to bone") and subtracting the sulcus depth from the resulting measurement. If this distance is <2 mm a diagnosis of biologic width violation can be confirmed. As there was sufficient sulcus depth of 4mm, gingivoplasty procedure could be performed with laser in this case to lengthen the tooth without encroaching the biological width which was followed by midline diastema closure with composite restoration. Thus, the procedure performed with laser is less invasive and its hemostatic property enables the restorative procedures like closure of midline diastema to be performed in one appointment with predictable clinical results.

Fornaini C et al. in 2016 carried out the study to compare the effectiveness of the different laser wavelength and they concluded that use of wavelength 450nm gives a proper contouring to the gingiva with less thermal damage to the tissues which accelerates the healing time.

Rationale behind Use of Lasers – It has advantages over scalpel surgical procedures which include greater precision, a relatively bloodless surgical and postsurgical field, sterilization of the surgical area, minimal swelling and scarring, coagulation,  no suturing, and less or no postsurgical pain. There is decrease in post-operative pain after the use of laser which is due to the formation of protein coagulum on the wound surface, thereby acting as a biologic dressing and sealing the ends of the sensory nerves. 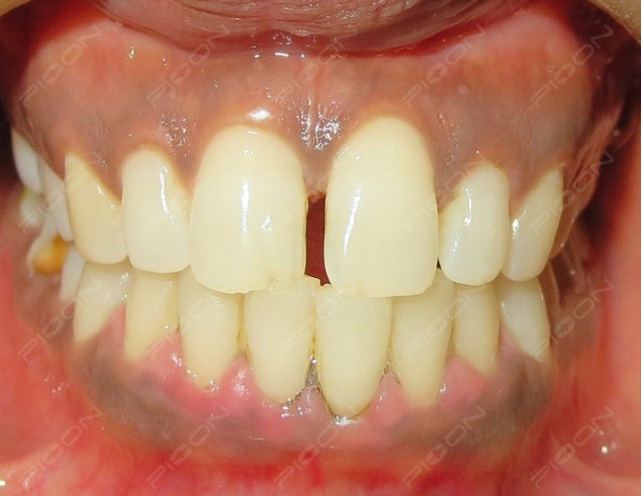 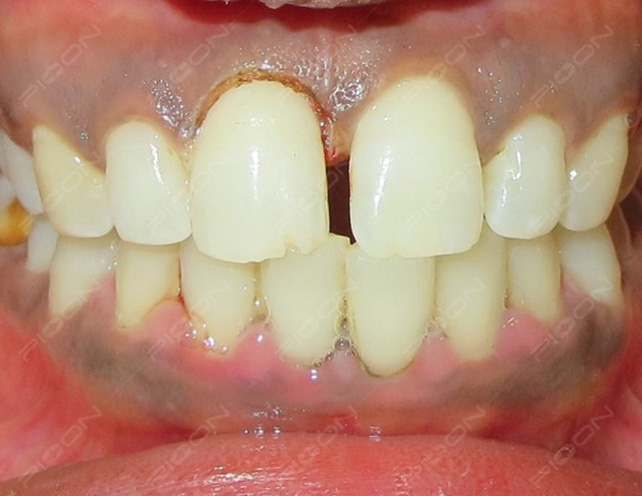