INTRODUCTION - A periodontal disease starts when the bacteria, (often found in plaque), infect the areas around the teeth and form the hardened substance called calculus. This leads to the inflammation of gingiva and affects both the tooth and underlying jawbone (called as Periodontitis).

This would entail the use of laser technology to kill the bacterial colonies which is not possible with the use of conventional method and to promote healing of the diseased gum and teeth. LASER CURETTAGE/DEBRIDEMENT is an effective way to remove colonies of different bacteria thriving in small pockets located at the base of teeth.

3.Use of laser for Curettage/Debridement

The presented case shows inflammed gingiva with accumulation of calculus depicting chronic periodontitis. Laser Curettage/Debridement has been done in this case following the first two steps mentioned above.

The third step is use of laser for Curettage/Debridement: - After applying topical anaesthesia, S1 POON Laser 980nm wavelength was used at a power setting of 1-Watt in continuous wave mode. The tip used here is 300-micron tip (initiated).

An overview by Douglas N in 2002 presented a review of the literature and a synopsis of the current scientific consensus regarding laser curettage, its effectiveness, its potential for collateral damage, and the scientific standards that apply. Elavarasu S et al 2015 reported that when laser curettage was used as adjunct to SRP more reduction in Periodontal Depth and Clinical Attachment Level was seen.

CONCLUSION - Diode lasers have emerged as a promising and effective tool in modern minimally invasive dentistry and have been proved successful for the treatment of periodontal pockets. 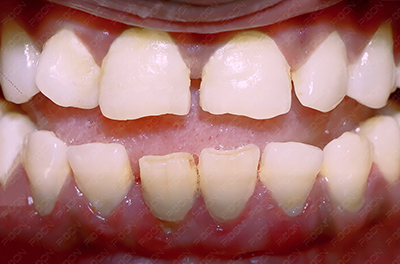 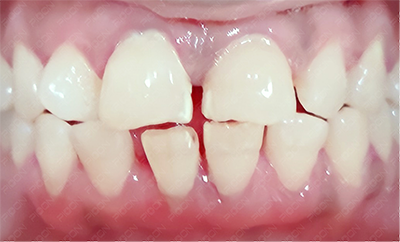